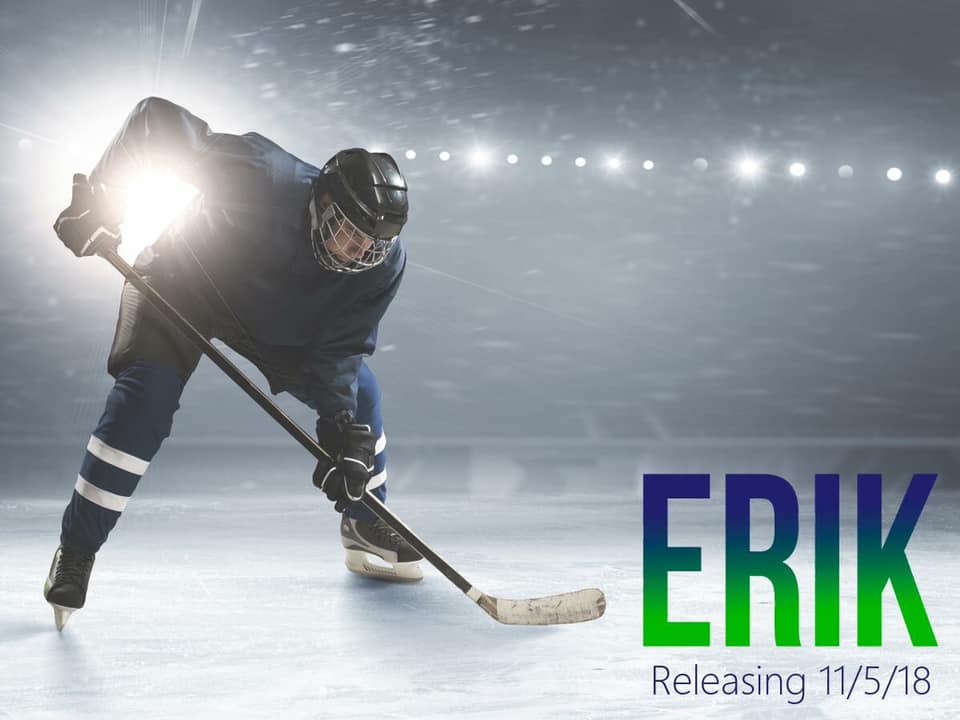 The Arizona Vengeance are developing a reputation on the ice as one of hockey’s top teams. But one player’s reputation off the ice might just keep him from scoring . . .

I’m having the time of my life with my new brothers on the Arizona Vengeance. We may be an expansion team, but after notching some big wins, the entire league knows to watch out for Erik Dahlbeck. That’s me.

The only person who doesn’t seem to think I’m so great? Blue Gardner, the hot-as-f*** flight attendant on our team plane. I sure wouldn’t mind joining the mile-high club with her, but besides bringing me lukewarm coffee, she won’t give me the time of day. Whatever I did to rub Blue the wrong way, my teammates think it’s hilarious. After all, we’re used to women flocking to us. #puckbunnies

When I run into Blue back on land, I’m shocked to learn how she spends her time off: taking care of her handicapped brother. There are layers to this girl I never imagined, layers I can’t wait to peel away. And that’s a new feeling for me.

But first I’ve got to find a way to melt that ice-cold stare. Because as much as I try to pretend I don’t care what Blue thinks of me, how can you not care when you’re falling for someone?

Erik is the second book in the Arizona Vengeance series, a second chance romance between a flight attendant and a pro hockey player, even though there’s a little detail about this “second” chance (no, I’m not going to spoil it!)…

Erik is a player, not just a hockey player, but a real player. He is the true definition of a ladies man, the puck bunnies love him and he never goes home alone, well at least until Blue…

Blue is  a sweet flight attendant, she used to be a party girl but she’s changed and had to take on a lot of responsibility on her shoulders. The last thing she needs is a serial dater like Erik trying to charm her…

Erik and Blue’s story is entertaining, their chemistry is amazing, I really liked how Blue kept ignoring Erik at first (there were some hilarious moments), their story is quite steamy but what I really loved about this book was the moments when the team bonded. Sawyer Bennett thrives on writing about hockey players, the game, the sense of loyalty between teammates, it’s absolutely amazing and I’m a huge hockey fan so I was definitely engaged in their story. Also, Erik surprised me a lot, I was kind of expecting him to be a little douchier and his behavior was refreshing. The secondary characters were amazing! I loved Legend, Dax,  Billy, Pepper (I have high hopes for Pepper) and Tacker… wow Tacker… I can’t wait for Tacker’s story! The only reason I’m not rating this book with 5 stars is because I felt that I was a little more interested in what was going on with Legend, Pepper and Tacker (I think I have a crush on Tacker!) than with Erik and Blue’s relationship. Recommended to anyone who loves a steamy hockey romance.

Since the release of her debut contemporary romance novel, Sawyer Bennett has written more than thirty books and been featured on both the New York Times and USA Today bestseller lists on multiple occasions. A reformed trial lawyer from North Carolina, Sawyer uses real-life experience to create relatable, sexy stories that appeal to a wide array of readers. From new adult to contemporary romance, she writes something for just about everyone.